While no one quite knows when they began, for decades surfers have been commemorating and celebrating the lives of their own by paddle out ceremonies. During the ceremony, surfers make their way out past the waves into calm water where they form a circle and join hands. Stories are often shared, prayers spoken and ashes can be scattered.

This type of memorial service isn’t just reserved for surfers, and can be arranged for anyone who had a true love for the ocean. Away from any other people, under the open sky, bobbing gently beyond the breakwater, they are a beautiful ceremony that can take your breath away.

Aikau was the first lifeguard in Hawaii and a legendary big wave surfer. During his service as a lifeguard, not a single swimmer lost their life at Waimea Bay. His contributions to society transcended surfing and his legacy is still visible all throughout Hawaii today. 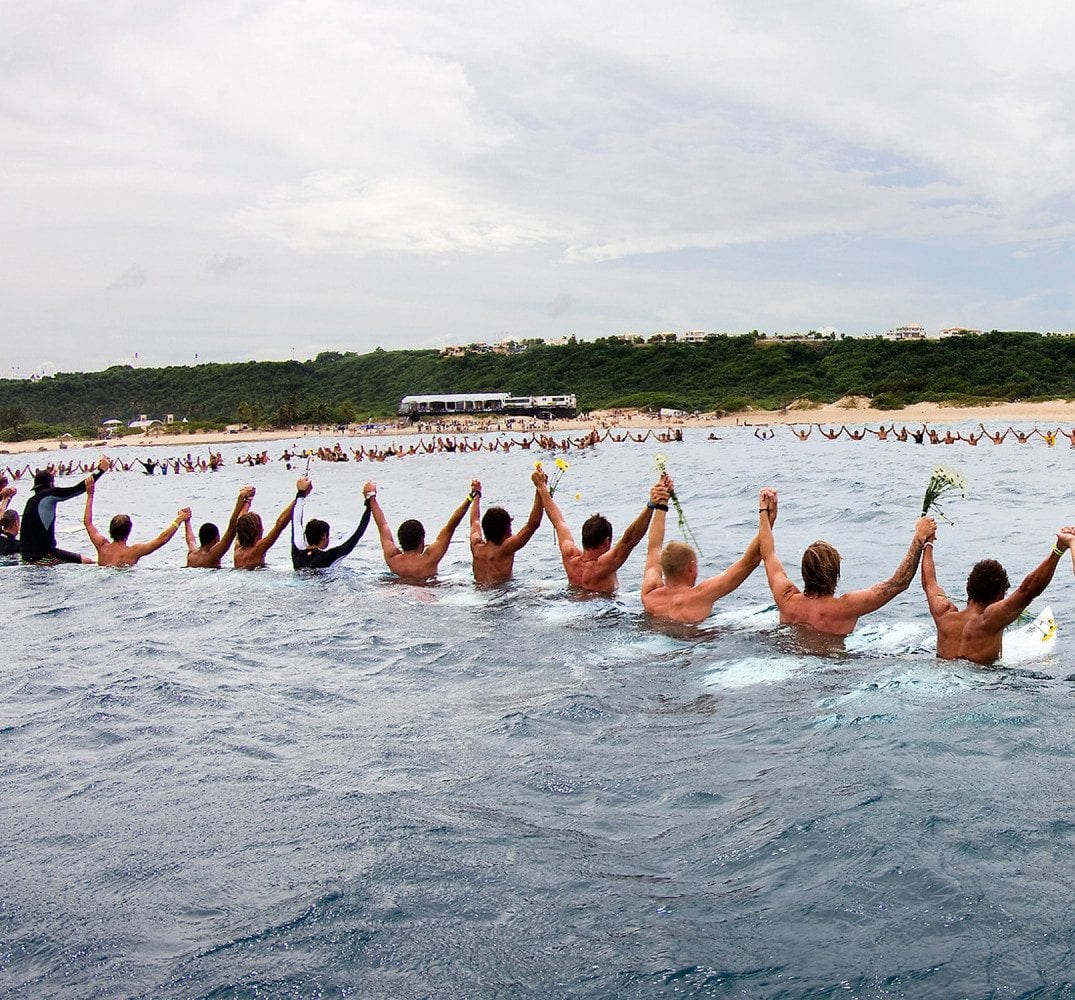 Smith helped to initiate the Harvest Crusade, was in charge of the Calvary Chapel of Costa Mesa for nearly 50 years where it grew t over 10,000 faithful. 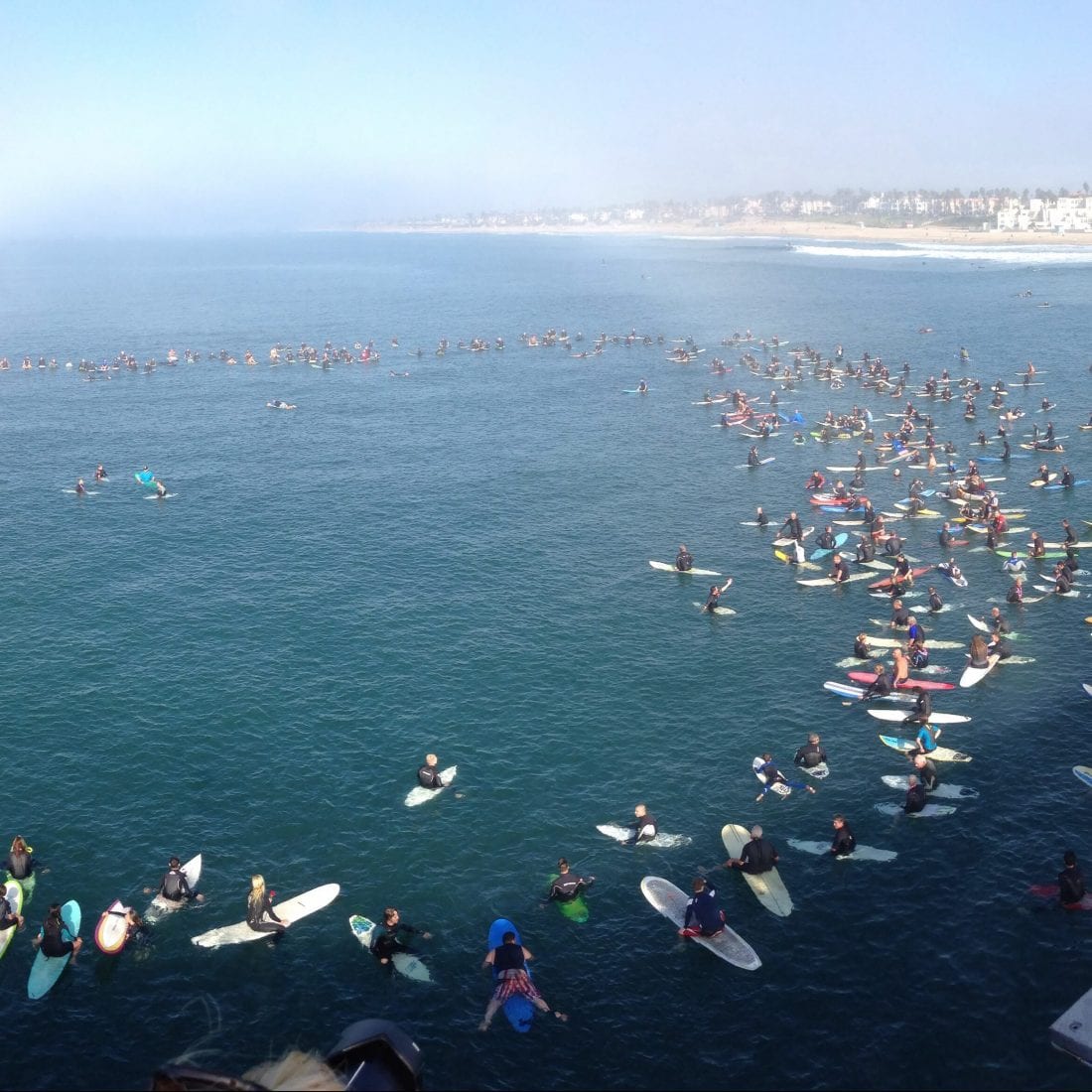 Irons was a professional surfer who won three world titles in his career. He is the only surfer in history to have won a title at every venue in a single ASP calendar year. 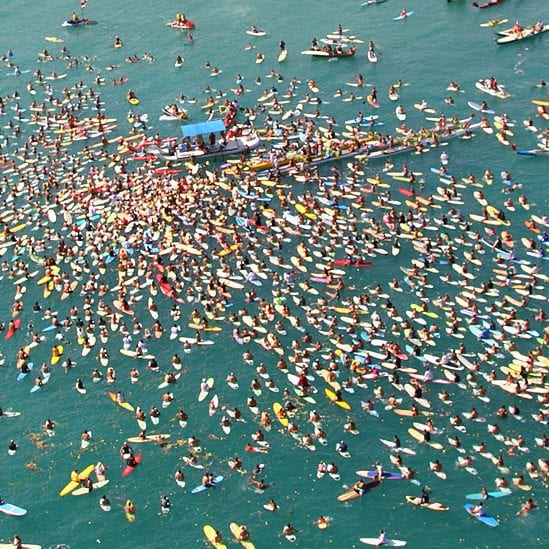 Considered by many as a surf legend of WindanSea in Western Australia, hundreds of community members paddled out to pay tribute to Smith’s life. 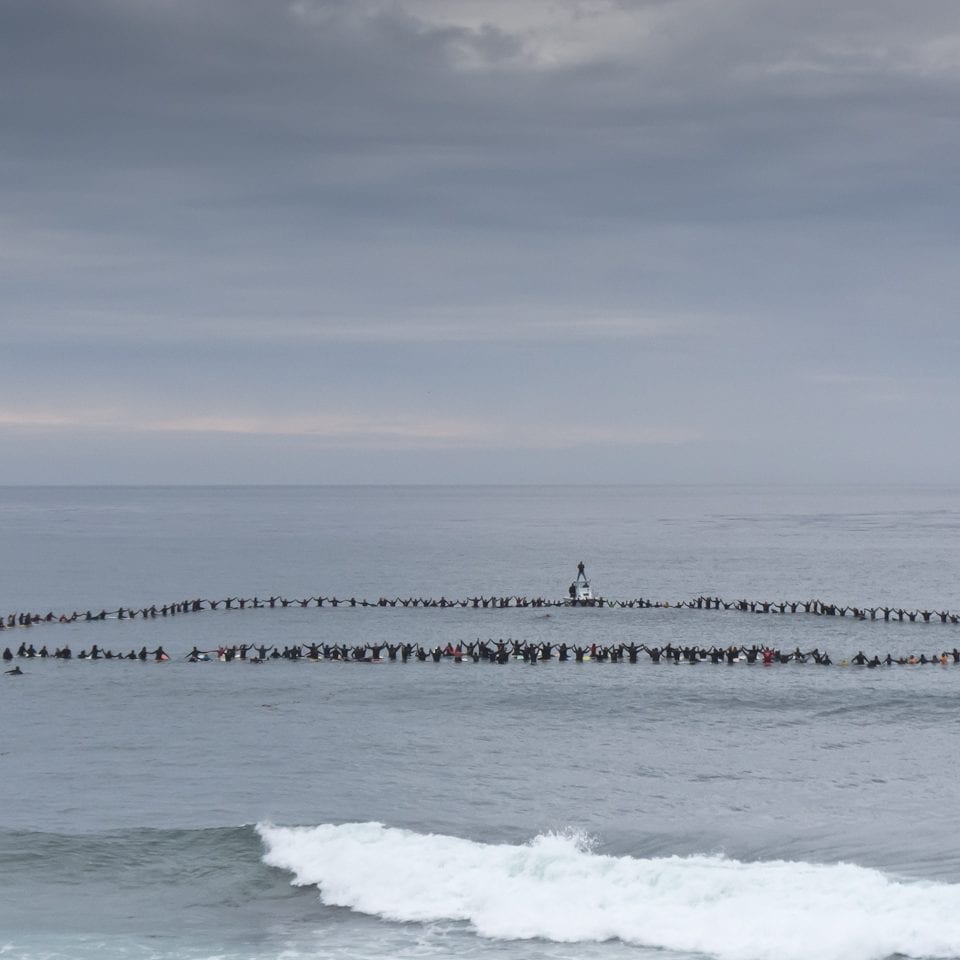 Adams was the youngest member of the legendary Z-Boys skateboarding team whose innovative freestyle skateboarding style, influenced by surfing, inspired and shaped what we now know as modern skateboarding. 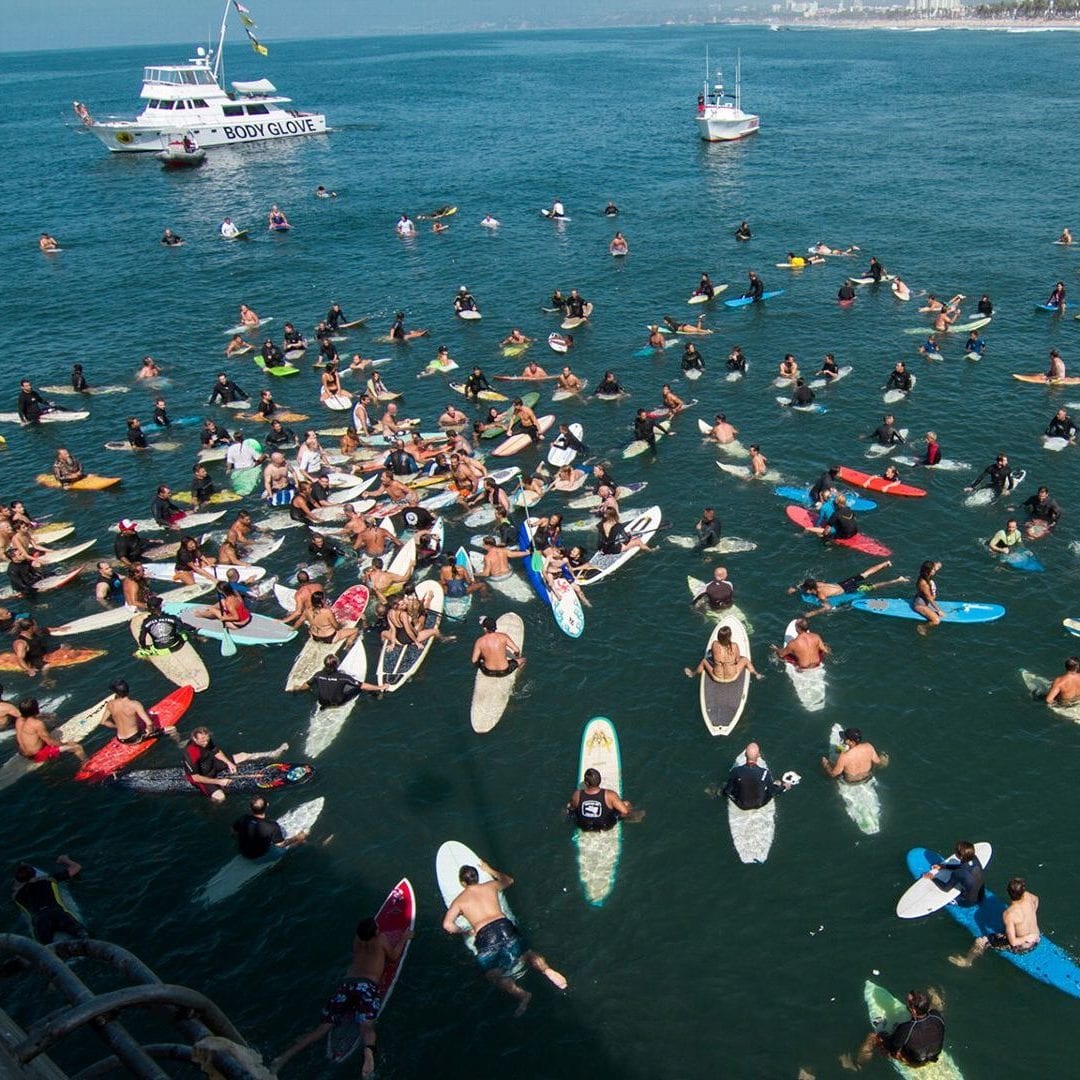 Carlson was a lifeguard at Newport Beach where he passed away, aged 32, in an attempt to save a swimmer. About 2,500 people entered the water and 5,000 more stood on the shores to commemorate his life. 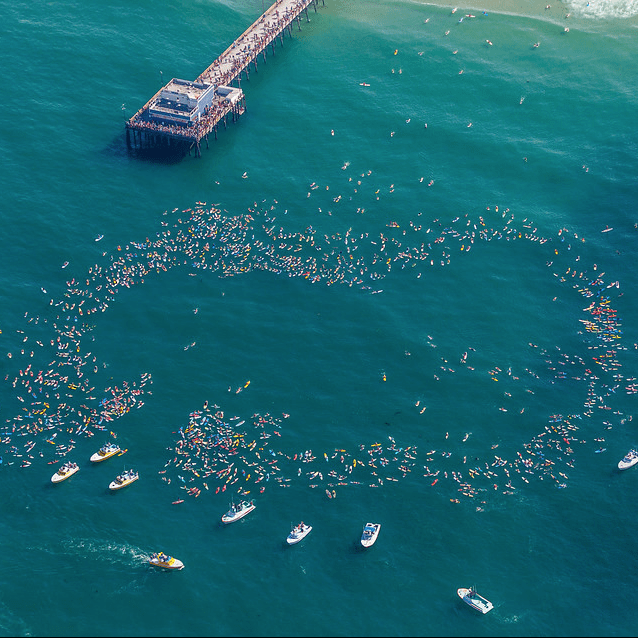 Hundreds of students paddle out to honour 6 students who were killed in Elliot Rodger’s mass shooting. 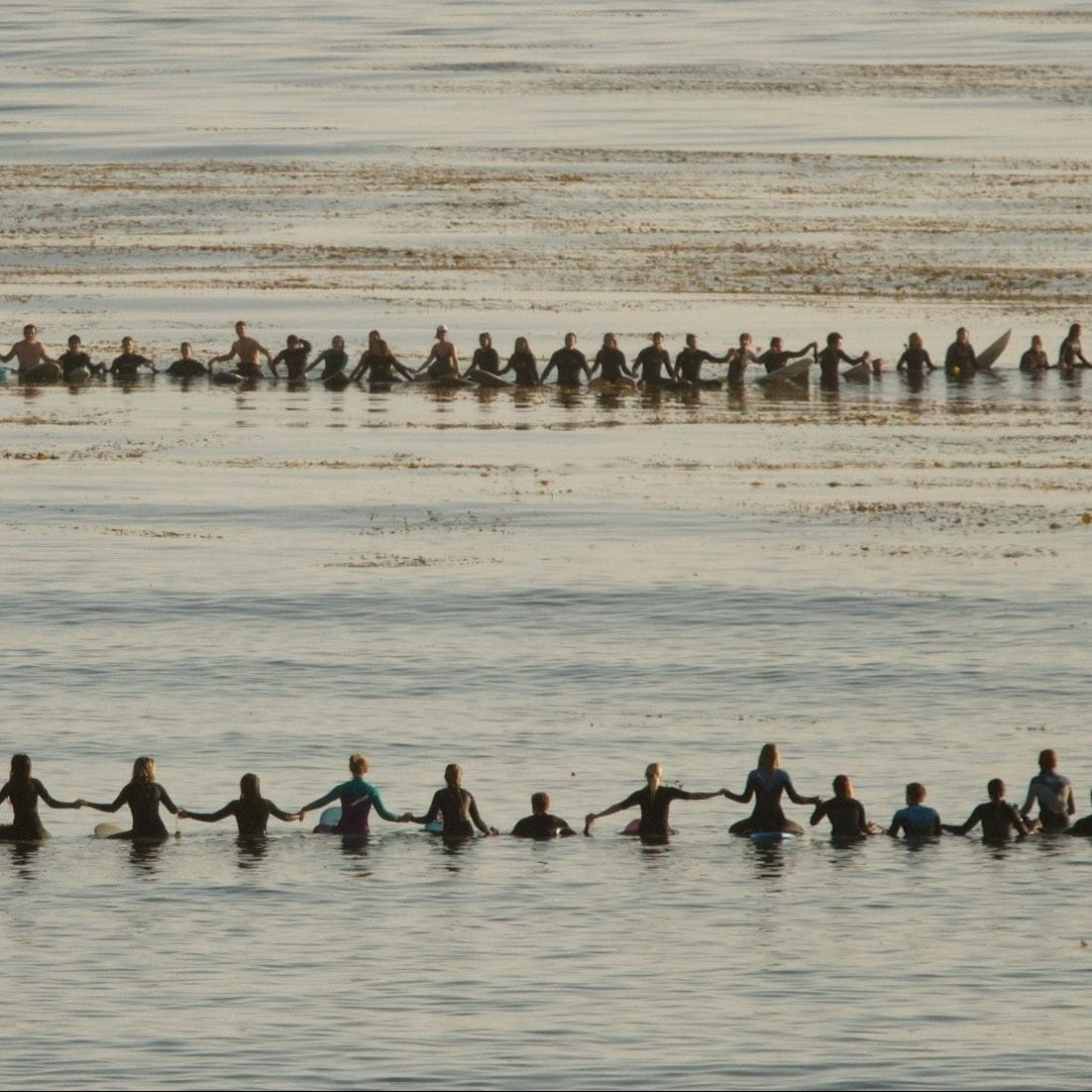 Ward was a local surfing legend of Long Beach, famous for surfing the big hurricane swells. 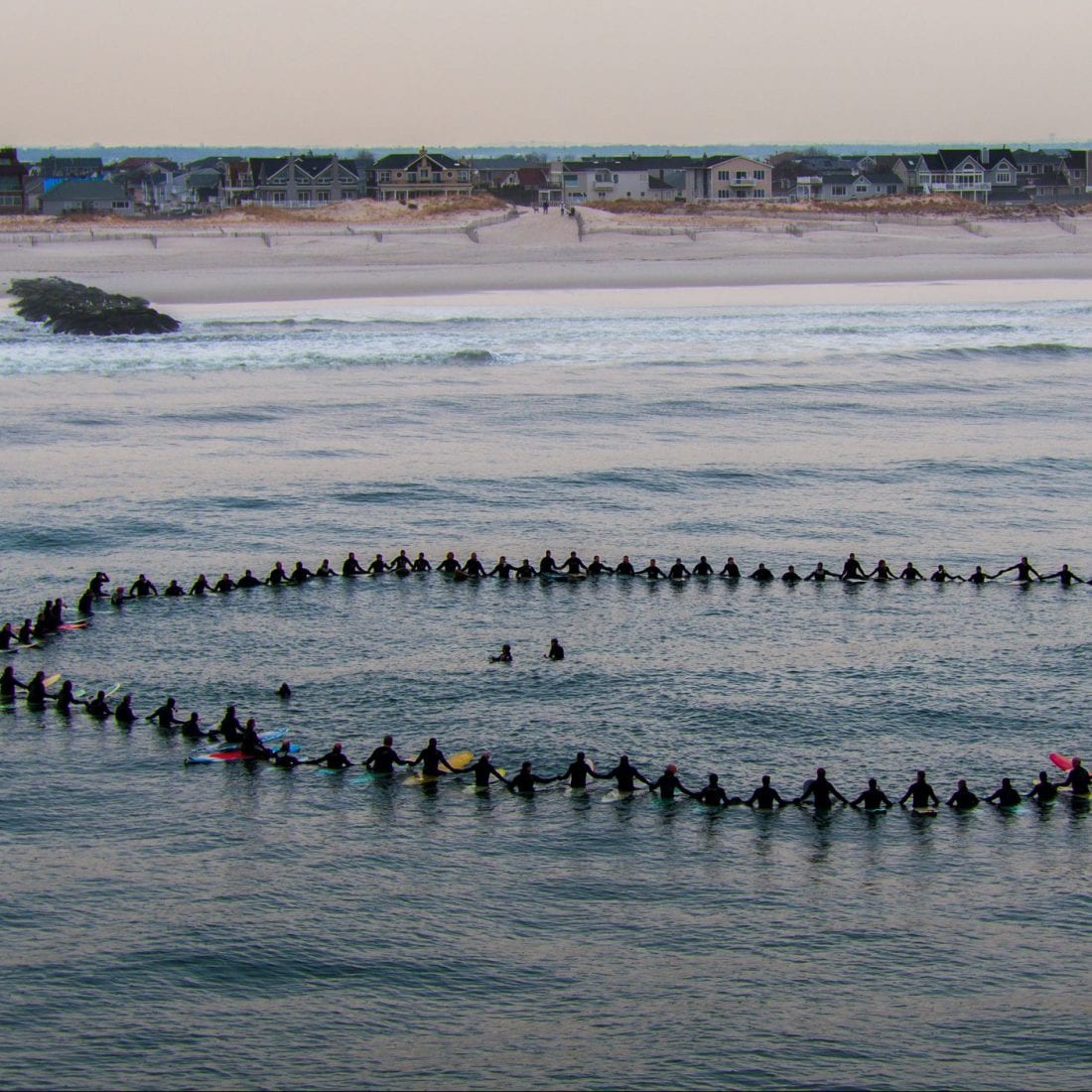 Alter helped popularise water sports with the invention of the foam surfboard and the “Hobie Cat” sailboat. Aged 80, his last wish was to be commemorated by a traditional paddle out. 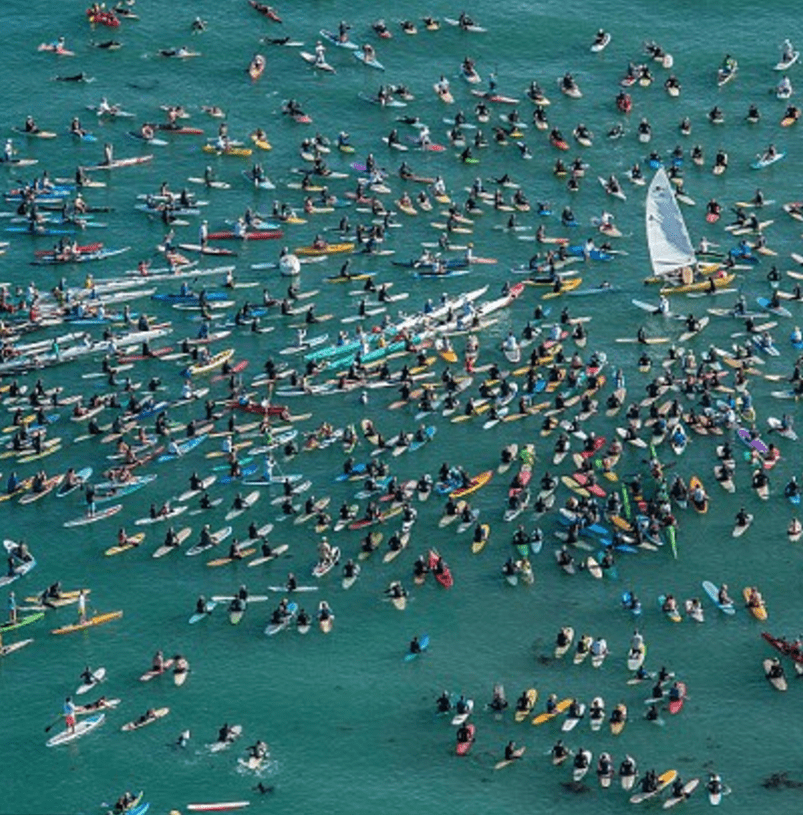 When Flew lost his battle with cancer, the One Mile Beach community held a paddle out and surfing event in his honour, raising money for the Calvary Mater Newcastle Hospital where he was treated. 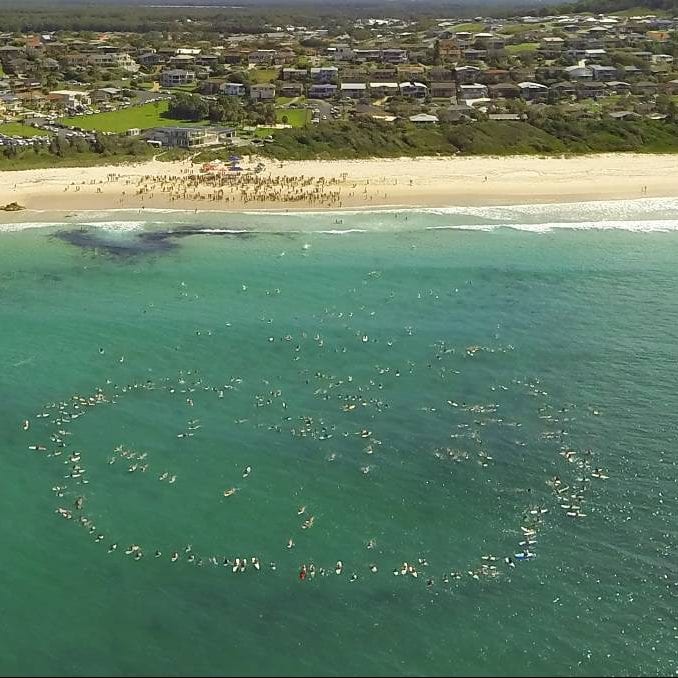